I heard the squealing tires this morning... 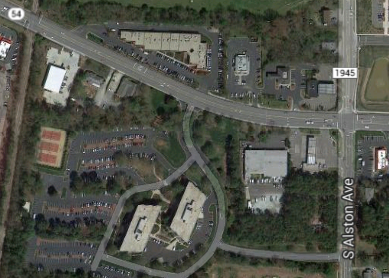 First things first, I wasn't hit. My string of nearly 12 years of bike commuting without a single crash with a motorist remains intact.

But, today was the first time I have heard the squeal of a car's tires as the motorist realized there's a bicyclist in front of him/her. And, it was a little creepy.

I was traveling east on NC54 between NC55 and Alston Ave. NC54 in that location has 2 lanes in each direction and a center turn lane that becomes a left-turn only at Alston. I control the right lane in that section of NC54 for a few reasons;
This morning was like most. Since much of my route is nearly due east, I left home a little early to avoid the sunrise effect. This meant it was indeed a little darker than normal, but also meant less traffic overall.

As I crossed NC55 and approached Alston, the platoons of traffic released from each green light cycle flowed smoothly around me as always. My hi-viz stuff and lights make me conspicuous and my lane position, in the left tire track, clearly communicates that that the lane is occupied and motorists need to change lanes to pass me.

In my mirror, I saw the cars approaching and moving over as always, but as I got closer to the convenience store, I heard the tire squeal from a motorist behind me who realized just in time that he/she was about to hit a cyclist. After slamming on the brakes, the driver moved to the left lane, passed me, and moved right again in order to make the right onto Alston.

So, did my lane position, controlling the lane in the left tire track to communicate that there was not enough room to pass, put me in danger, or keep me safe?

Had I been hit, certainly there would be those who would argue that riding in that position endangered me. But having had thousands of motorists pass me safely on that stretch of road over the last decade, I'm completely confident that the problem was the tire-squealing motorist, not me. And, when faced with an inattentive motorist, I am far better off being in their immediate line of sight where they are less likely to overlook me than tucked away on the edge of the road where they definitely aren't looking.

And, what if I had been on the right edge? This motorist was clearly not paying enough attention. If he/she had approached Alston to turn right, his/her focus would've been to the left looking for cross traffic, or to the diagonal left looking for oncoming traffic turning left.  A bicyclist on the edge to this motorist's right would be completely irrelevant to him/her and is at serious risk of a right hook.

This morning's commute is the closest I've ever come to being hit in over 11 years of riding around the Triangle, and I am confident that my conspicuity, both in high-viz/lights and lane position prevented that crash.
Posted by jckwrmn at 4:38 PM